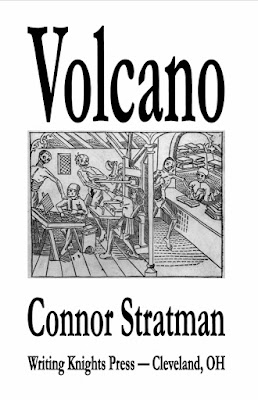 If anyone should betray me,
the heads on the sticks

should be raised as mountains.
The kids will carry us

to the hills and give us
glasses to peer through.

Five bucks a ticket,
the language is filmy.


About the author:
Connor Stratman is lives in Dallas, TX.
His work has appeared in journals such as Ditch, Counterexample Poetics,
Earl of Plaid, Etcetera, Backlash, Polari, Moria, Dead Snakes, Rasputin, and Otoliths.
He is currently teaching and working on his dissertation in American literature.

Other books and chapbooks:

What if no matter
how hard they tried,
they just couldn't win?
The odds, completely
in their favor
and they fall....
Only one enemy
can defeat anyone...