So... I just read the previous "This Joust In" and I'm a little embarrassed.

I know I shouldn't beat myself up, because 2020 sucked for everyone, but the pandemic was largely gone by June in China. I should have been able to catch up and stay ahead of things. However, this year was harrowing to put it lightly.

I'm not going to go into full details, but I've done some reprioritizing and organizing of thoughts. I want to be a little more forthcoming with expectations and such. I'm going to need to overhaul the submission guidelines.

Basically, I'm going to have to arrange Writing Knights around school. So, during school months there probably won't be a lot of activity for WK, but during Winter and Summer vacations there will (hopefully) be a lot of action. Publishing, acceptances, etc.

I'll update the pages and post about them as things go, but I'll make sure I'm a bit more active on social media to get the word out.

Please, if you can't buy books or join the Patreon or write reviews, spread the word! Share our statuses, share the books you think look interesting. Help us get the Writing Knights name to as many people as possible!

We'll see you on the battlefield!

Getting Through Gold Beach by Barbara A. Meier

Published August 24, 2020
Yet
there’s something in a Sunday
on a highway lined with roadkill,
where the body and the blood
lead to forgiveness and one dead body
will not stay still
Johnny Cash
and Sunday Morning Dead
PLUS Two New Poems for this Edition!


Getting Through Gold Beach was one of the Winners of Writing Knights' 10th Anniversary Chapbook Contest Winner
Email ThisBlogThis!Share to TwitterShare to FacebookShare to Pinterest

"Life is what happens to you while you're busy making other plans." - John Lennon, Beautiful Boy (Darling Boy)

I don't like quoting John Lennon, but this is the truth, for sure.

The last "This Joust In" we suggested Writing Knights was going to be able to release a few chapbooks in June. Unfortunately, that didn't happen. It's no one's fault, just the variable nature of life in China. The last month was packed with work that needed to be done and tiredness that was had by me. Writing Knights can't be my top priority when compared to the job I'm in China to do. So energy reserves have to be poured into that first and foremost.

Good thing about that?

If you've been following Writing Knights' Social Media, you'll see that we've officially released two books Little Fire Grows by Casey Krysztofik and PUNATIC by James Schwartz (even though that was technically available). 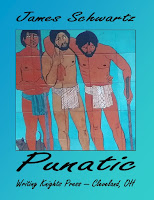 We have the go-ahead to re-release "When the Mist Has Gone" by our dear departed H.L. Rippingale (one of Writing Knights' earliest authors) so that will be on the docket in our upcoming releases. Again, we won't publish a schedule, because things change, but we are hoping to be busy this summer! AND if we can properly organize our time, we should also be able to keep releasing into the fall.

"Getting Through Gold Beach" is upcoming as well, that might be the next book we work on. We will also start approaching the other entrants into the Birthday Chapbook Contest if we want to publish their work. Writing Knights also has a backlog of submissions we put on hold that we were sitting on, unable to do anything with due to burn out. We will probably approach those authors in time as well.

"The Hero With a Thousand Faces" - 1,000 Haiku submission, based on
Joseph Campbell's summary of the monomyth (Yes, we tried this in 2018,
we didn't get enough submissions, so we cancelled that call, this is a
new call, please resubmit).

"CRUSHED" - Fiction Submission: One day, your social media crush /
shows up on your doorstep. / You never told them your address. / But,
you talked with them online to the point you / felt like you knew them
inside and out, / and they knew you. / What would you do?

Details in the links. All Wayward Sword deadlines are December 31, 2020 or until we fill the calls.

We are trying to take measures so that burnout does not happen again. We want to make sure everyone gets the right amount of attention and get the best that Writing Knights can offer. So we are going to work on our books and our pages slowly, carefully and make sure everything is as close to perfect as we can get without being boring. Hopefully, that is reflected in our output!

The best time to write is now!
Azriel Johnson

PS - Angry Cow poetry is opening up submissions for their video project
"Outdoor Voices for an Indoor World, Volume 2" here
Email ThisBlogThis!Share to TwitterShare to FacebookShare to Pinterest

No ships on pudding moana surface.
Pink shores with boa constrictors.
Contained from shifting by halter strap.
Cameo at the heart protected by beads.

Organza dress and fascinator
with peacock curved feathers.
Waiting at the balcony.
Enjoying the fresh air.


Little Fire Grows was one of the winners of Writing Knights 10th Anniversary Birthday Chapbook Contest!
Email ThisBlogThis!Share to TwitterShare to FacebookShare to Pinterest

About the Author:
James Schwartz is a poet, slam performer & author of The Literary Party: Growing Up Gay and Amish in America (2011), Arrival and Departure (2014) & Secular, Satirical & Sacred Meditations (2016).

His poetry has appeared in various journals including Poetry 24, The Good Men Project, Silver Birch Press blog, RFD Magazine, WritersResist.com & numerous anthologies including Among the Leaves: Queer Male Poets on the Midwestern Experience, QDA: A Queer Disability Anthology & most recently Not My President: An Anthology of Dissent (2017) & an essay in Our Happy Hours: LGBT Voices From the Gay Bars (2017).

Watch his podcasts with Torah Bontrager on growing up gay & Amish at torahbontrager.libsyn.com & iTunes.

He resides on the Big Island, Hawai’i. 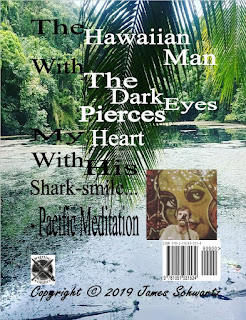 "I Know a Place" - The Wayward Sword (Poetry Submission) 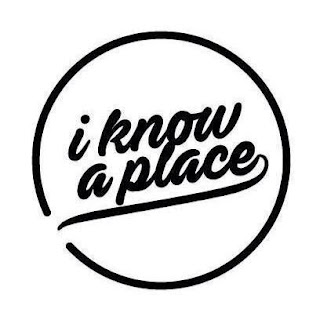 TARGET LENGTH: Minimum 3 lines. Maximum 30 lines per piece. Longer pieces will be considered, but are unlikely to be accepted. Up to 5 pieces.

COVER/In-Issue ART: If you have something that might fit, send it!
Color or Black & White, 300 dpi JPG.

RIGHTS: Revert to author after publication or if the collection is cancelled.
Email ThisBlogThis!Share to TwitterShare to FacebookShare to Pinterest 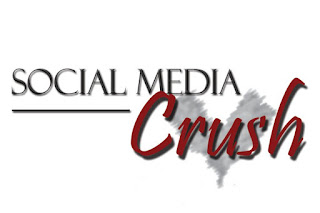 One day, your social media crush
shows up on your doorstep.
You never told them your address.
But, you talked with them online to the point you
felt like you knew them inside and out,
and they knew you.
What would you do?

COVER/In-Issue ART: If you have something that might fit, send it! Color or Black & White, 300 dpi JPG.

RIGHTS: Revert to author after publication or if the collection is cancelled.
Email ThisBlogThis!Share to TwitterShare to FacebookShare to Pinterest

"The Hero With a Thousand Faces" - The Wayward Sword (Haiku Submission)

A hero ventures forth from the world of common day into a region of supernatural wonder: fabulous forces are there encountered and a decisive victory is won: the hero comes back from this mysterious adventure with the power to bestow boons on his fellow man.
Joseph Campbell's summary of the monomyth.

A haiku may not seem like a hero's journey, three lines or less, 17 syllables or less (or more) there are so many variations, some even include other forms similar like senryu.

But anyone who has written a truly remarkable haiku knows the struggle over syllabic count or the new English translation of what the Japanese called 'on' or 'morae' or even content that is relevant to a potential audience.

THEME: There is no set theme. If you want to talk about Heroes, that's fine. If not, that's also fine.

COVER ART: If you have something that might fit, send it!

RIGHTS: Revert to author after publication or if the collection is cancelled.

we got a little liquored
at the old opera house and
went parking on the west pond dam
windows down, radio blaring
as bold as back when, and laughed
at coyotes calling to classic rock
-- coyote calls

Wanda Morrow Clevenger wrote eight poems in a handful of months in 1974; thirty-four years later she returned to writing. She has since placed over 467 pieces of work in 158 print and electronic literary journals and anthologies.

In August of 2013, while compiling the manuscript for this book she fell ill with pancreatitis, further complicated by necrosis in the following nine months, and wasn’t expected to survive. One year later, almost to the day, she sat down to finish where the hogs ate the cabbage.

She has her husband to thank for the title.
Email ThisBlogThis!Share to TwitterShare to FacebookShare to Pinterest

I want to apologize for the lack of communication on the Hiatus front.
It was not my intention to fall so far behind on Writing Knights-related business.
But I make no excuses. I was burnt out. I should have handled things better.
I may have irreparably damaged some relationships with some really good writers and really good friends.
That's something I need to accept and atone for if possible.

We are planning to open submissions in July.
Obviously, we will not be doing a Grand Tournament in the sense of having a get together and performers in the same room.
I'm in China. Most of you are quarantined.
I am batting around the idea of doing a combination, chapbook/video submission competition, but no concrete plans yet.
Ahead of opening book submissions, I have an anthology submission idea though related to our current crisis which I will unveil June 1st-ish.

We are getting our books in order.
We are catching up on the tabulation of royalties and will let published authors
know how much we owe them and asking for their Paypal information
so we can give them what they are due.
Our plan moving forward is to make sure we stay on top of that tabulation
and make sure our authors get their royalties better than they have been,
even if the amount is paltry.

If you look at: WK on Amazon! (and turn off your Adblock), you'll see rows upon rows of our books.
WK is involved with the Amazon Affiliate program and we are trying to prove our worth.
Yes, Amazon is the "Evil-Book-Empire," but if we make it into the Affiliate program we can do more
and gain more $$ to do more things for our authors, including one day possibly having our own printer system
and we can break free from Amazon corporate machine.

Speaking of that visit Patreon.com/WritingKnights.
You can get exclusive access to not only the Writing Knights full library
(books sent to you every month AND weekly expert help with your own writing).

We are going to work out how to get our books into e-book formats
that can be used on Kindle, Nook and other e-readers.
This is project is in its infancy, but with some practice we will be able to produce older titles
as well as our new releases once we start rolling those out.

Over the month of June we will be OFFICIALLY releasing a number of titles
(some of the books have been soft released, but we want to give them the proper fan faire).
Some are not solidified yet, but we are in talks with many authors.
Four of the titles we will officially release...
-- The perfect bound versions of the two Writing Knights Birthday chapbooks,
Little Fire Grows by Casey Krysztofik
and Getting Through Gold Beach by Barbara A. Meier.
-- PUNATIC by James Schwartz.
-- Fried Everything & Booze by Wanda Morrow Clevenger.

We will also be in talks with other authors, mostly those with a history with Writing Knights.